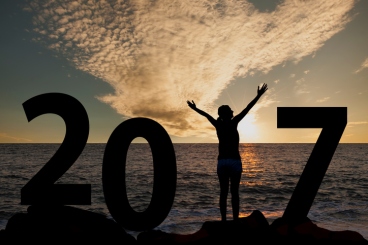 It’s almost the new year, and everything is… well, not snowy at all where I am, but certainly a bit rainy? And I always want to make end-of-year posts and never manage to write them up, so, here’s to breaking that tradition.

In July of 2015 I sat myself down for a chat and decided that I for sure, definitely, wanted to try and write original stories for publication, and transition from being a media critic exclusively to being an author of SF/F as well.

In that sense, 2017 has been my second full year of Taking Writing Seriously. Of course, like for most writers, this came in between other things, like a full time job, grad school, and disability, but despite the time constraints I’m pleased with how 2017 turned out. I did a lot less writing than I’d hoped to, but I did a lot of writing-related new-to-me things, which was a different kind of exciting and necessary.

I wrote articles for huge markets I never imagined I’d be able to successfully pitch to. I did lectures at SFF cons for the first time. I attended an SFF con abroad for the first time (and did 3 events there!). I published a work I’d been sitting on for a decade, the longest SFF thing I’ve written, and more than 5 people bought it! That’s still mindblowing to me.

The main thing here is of course, Three Keys in the Desert. I novella I told myself I’d publish “really soon” for about 10 years, and finally got it done in 2017. I waffled a lot over whether to self-publish or go the traditional route, despite the still minuscule market for novellas from first-time authors, but ultimately self-publishing taught me (and continues to teach me) so much. About communicating with audiences, about the business side of publishing, about my own strengths and weaknesses (like most writers, I am terrible at promoting my own work!)

But I got to post this story I love on my website, and get responses from people, and do several giveaways, and through all of it I basically did everything myself, and it was hard but it was also really exhilarating. Thank you, again, to everyone who took part in this journey.

I wrote two reviews for Strange Horizons: one of the TV show The OA and one of the fantasy novella The Drowning Eyes.

(I also had a lot of feelings when my former editor at Strange Horizons, Abigail Nussbaum, who is basically responsible for me having a career as a media critic in the first place, won a Hugo award this year.)

I also wrote two articles for VICE, both of which got a lot more attention on the internet than I’m used to.

The first was about the TV show Black Sails: ‘Black Sails’ Depicts the Untold Story of Queer Pirates. The article was shared on twitter by the creators of the show, quoted by some of the lead actors, translated to Portuguese and had its own thread on Reddit.

I couldn’t imagine such a huge response when I wrote it, so it was all pretty amazing to experience. I still love the show, though I have a lot of thoughts that never made it into the article (I did have a word limit).

The second VICE article about a movie: Wonder Woman’s Best Superpower Is Destroying Sexist Tropes. (I have to confess the editors at VICE came up with the titles, not me.) That article also got a bigger response than I was anticipating (friends kept linking me to discussions and mentions of it at various places online), which was again a lot of fun. The best responses were from people who told me I’d pointed things out about the movie that they’d never considered, but that suddenly made things fall into place for them.

In 2017 I went from going to SFF cons as a fan, to going as an author and media critic, and doing panels and lectures. I went from having done zero of these things in my life to doing 6 of them in the span of 8 months. (One of the lessons for 2018: this was a little too much too fast, and I need a break.)

In April I submitted a lecture called Women Write About War where I talked about debut novels from authors Naomi Novik, Karin Lowachee and Kameron Hurley and analyzed the different ways war narratives work in SFF. I did the lecture twice, in two different languages, once in London and once in Tel Aviv, and the experience was pretty great each time.(My favorite part is always the audience questions/interaction at the end, and I got to meet a lot of wonderful people.)

During the summer I designed a new lecture, called A Pirate and a Gentleman (and a Lady) about “Treasure Island”, “Black Sails” and the fact and fiction of pirate stories, in historical fiction as well as in SFF. I did the lecture twice, though both times were in the same language, about a month apart. The first time was at an SFF con, in the biggest room I’ve ever had to carry on my own – a movie theater with over 100 seats. The second time was in a small living room, where a few dozen people were occupying couches, chairs and the floor.

In London I also got to do two panels. (The last time I was on a panel was as an undergrad student, in Japan, at a press conference. Don’t ask.) One was on International Fandom, and I got to talk about Russian fans, fandom and canons, and the other was about screenwriting and SFF, and I got to talk about pitfalls and tricks for successful adaptations. (And also, to listen to some of my idols talk about their own craft as writers and screenwriters, which was pretty amazing.)

Wow, just writing it all out makes me feel a little tired again! No wonder I spent most of this year feeling like I was doing Too Much (and somehow not getting any writing done). I kind of went zero to sixty with public speaking at cons this year, which ended up being kind of a weird experience. On the one hand I enjoyed every single second, and part of me wanted to keep doing it forever, on the other hand, my inner introvert wanted to crawl into a cave once it was all over and not emerge for two years.

What am I planning for next year?

– Work on more short stories. I already have several drafts that are in various stages of done and need a few more passes. Start the first draft of the fantasy novel I’ve been working on for years.

– Write about books, TV shows and movies (look out for an article by me at Book Smugglers around January!)

– Experiment with doing events that aren’t lectures/talks, such as workshops, collaborative activities, other formats I’ve never tried before.

Mostly: keep applying for things, submitting things, trying out new things, and be OK with rejection and failure and disappointment. It’s the hardest part of any creative business, and it’s the one skill that it took me the longest to develop.